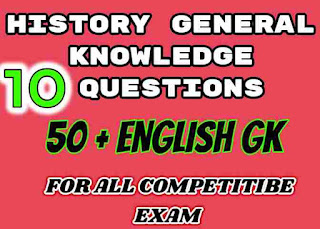 1. In which year, the Battle of Buxar was fought? 1764
2. Who was the Governor General when the first Anglo- Burmese was started? Lord Amherst
3. From where The Great Granary of the Indus Valley Civilization has been
discovered? Mohenjodaro
4. Where was the Great Bath of the Indus Valley Civilization discovered? Mohenjodaro
5. Who was the Greek ambassador in the’ court of Chandragupta Maurya? Megasthenese
6. Megasthenese was the Ambassador of which rular? Seleucus Nikator
7. The Khajuraho shrines built by Chandella rulers are dedicated to which god? Vishnu and Shiva
8. Who built the famous Dilwara temple at Mount Abu in the 13th century? Tejapala
9. By whom was the Persian style of Sabaq-i-Hindi adopted? Amir Khusrau
10. Which acquired the double dome for the first time? Tomb of Sikandar Lodi
11. Which Mughal emperor is credited with the composition of Hindi songs? Jahangir
12. Which first Mughal building to have been built entirely of marble? Itmad-ud-Daula’s tomb
13. Which is the oldest surviving newspaper in India? Bombay Samachar
14. Who remarked ‘the bones of the cotton weavers are bleaching the plains of
India’? William Bentinck
15. Who founded the Banaras Hindu University? Madan Mohan Malviya
16. Which Mahajanapada was situated on the bank of river Godawari? Assaka
17. Which dynasty was ruling over North India at the time of Alexander’s
invasion? Nanda
18. Amir Khusrau played a pioneer role in the development of which thing? Khari Boli
19. Which god was not worshipped during the time of Rigvedic Aryans? Shiva
20. Which was the chief feature of Rig Vedic religion? Performance of sacrifices
21. Who was a contemporary of Gautama Buddha? Vardhamana Mahavira
22. Who was the first monarch of Magadh kingdom In the sixth century B.C.? Bimbisara
23. The rock-cut caves at Elephanta belong to which period? Chalukyas
24. The images of which deities are in the temple of Angkorvat? Hindu deities
25. When did Bahmani Kingdom in South India extinguish? In beginning of 16th century
26. What was the The capital of Bahmani Kingdom? Gulbarga
27. Which was the most prominent industry that f1uorished during the Mughal
period? Cotton textiles
28. By whom was ltmad-ud-daula’s tomb at Agra was built? Nur Jahan
29. Where was the Arya Samaj setup for the first time in 1875? Bombay
30. Which event was characterised by Montague as ‘Preventive Murder’? Massacre of Jallianwala
Bagh
31. On which date was Mahatma Gandhi assassinated? 30-Jan-48
32. Where was a Buddhisit council during the reign of Ashoka held? At Pataliputra
33. Which Mughal painter according to Abul Fazl was excellent in drawing of
features? Basawan
34. Who was the first Engish person who visited the court of Akbar? Ralph Fitch
35. In which age the Man passed from the food gathering stage to the food producing
stage? Neolithic Age
36. What was the greatest invention of man in Palaeolithic Age? Fire
37. In which the claim of Ashoka’s greatness cheifly lay? Promotion of welfare of his people
38. Which Ashokan inscription gives an account of the Kalinga war and its effects? Minor Rock Edict XIII
39. ‘Who among the following are credited to have built the famous Ellora caves? Rashtrakutas
10. When was petroleum discovered first in commercial quantitie in India? 1890
41. Who was a blind poet who worshipped Krishna and spread Krishna Bhakti
cult? Surdas
42. Who invited Babar to invade India? Alam khan, uncle of Ibrahim Lodhi
43. Who focused his work chiefly on Sher Shah Suri? Abbas khan Sarwani
44. During the reign of Emperor Akbar, who where the famous men Haribans,
Mukund and Daswant? Painters
45. Who said, “Good government was never a good substitute for self
government”? Swami Dayananda
46. Who had founded the Theosophical Society in the United States of America? Madame Blavatsky
47. In which year did Mahatma Gandhi enter into freedom struggle in India? 1915
48. Who destroyed the Empire of Chalukyas of Badami? Rashtrakutas
49. Who was the Chola King to have conquered Bengal? Rajendra I
50. The Vijay Satambha (Tower of Victory) at Chittor was built by which ruler? Rana Kumbha
51. Who built the temple of the Sun God at Konark? Narsimha
52. Of which metal was the The famous figure of a dancing girl found in the
excavations of Harappa? Bronze
53. Who transferred his capital from Rajgir to Pataliputra? Udayin
54. Which transferred his capital from Patliputra to Vaishali? Shishunaga
55. Which ancient Mahajanapadas was located on the bank of Yamuna? Vatsa
56. Who were the originators of the Dravidian style of architecture and sculpture in
South India? Cholas
57. Which was the dynasty that succeeded the Chalukyas in Western India? Rashtrakutas
58. During the reign of Iltutmish which was a silver coin in use? Tanka
59. Which was the original name of Tansen, the famous musician in the court of
Akbar?Ramtanu Pande
60. Of which kingdom was Malik Ambar the Prime Minister? Ahrnadnagar